Wireframe is a four-player competitive alternative game controller tribute to 90’s internet webpages and whose graphics have been made exclusively with GIF from GeoCities database of the Internet Achives.

The game is based on a rock-paper-scissors principle in which players control their avatars with a potentiometer, two arcade buttons and three guitar strings. The installation takes the form of a black box around which the players gather and whose interactive elements are sensitive to black light and therefore fluorescent in order to be easily playable in festive atmospheres. 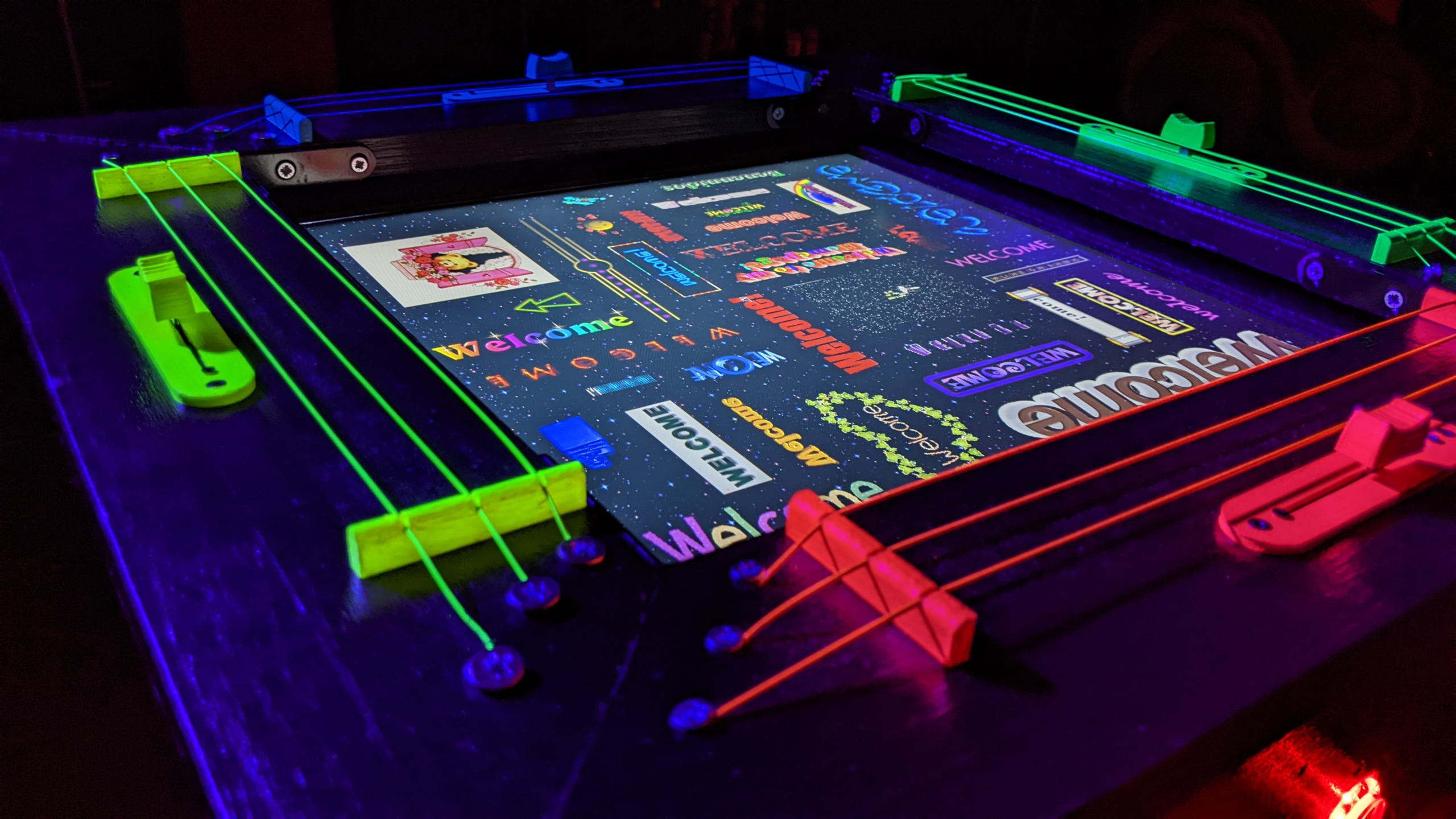 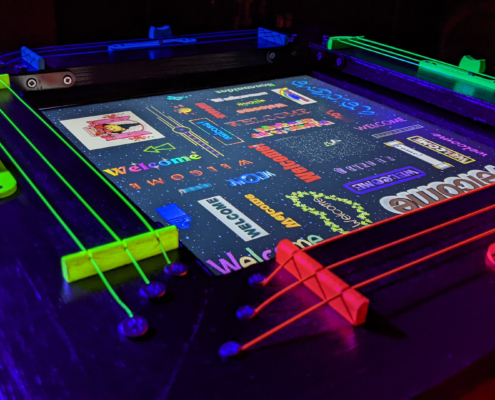 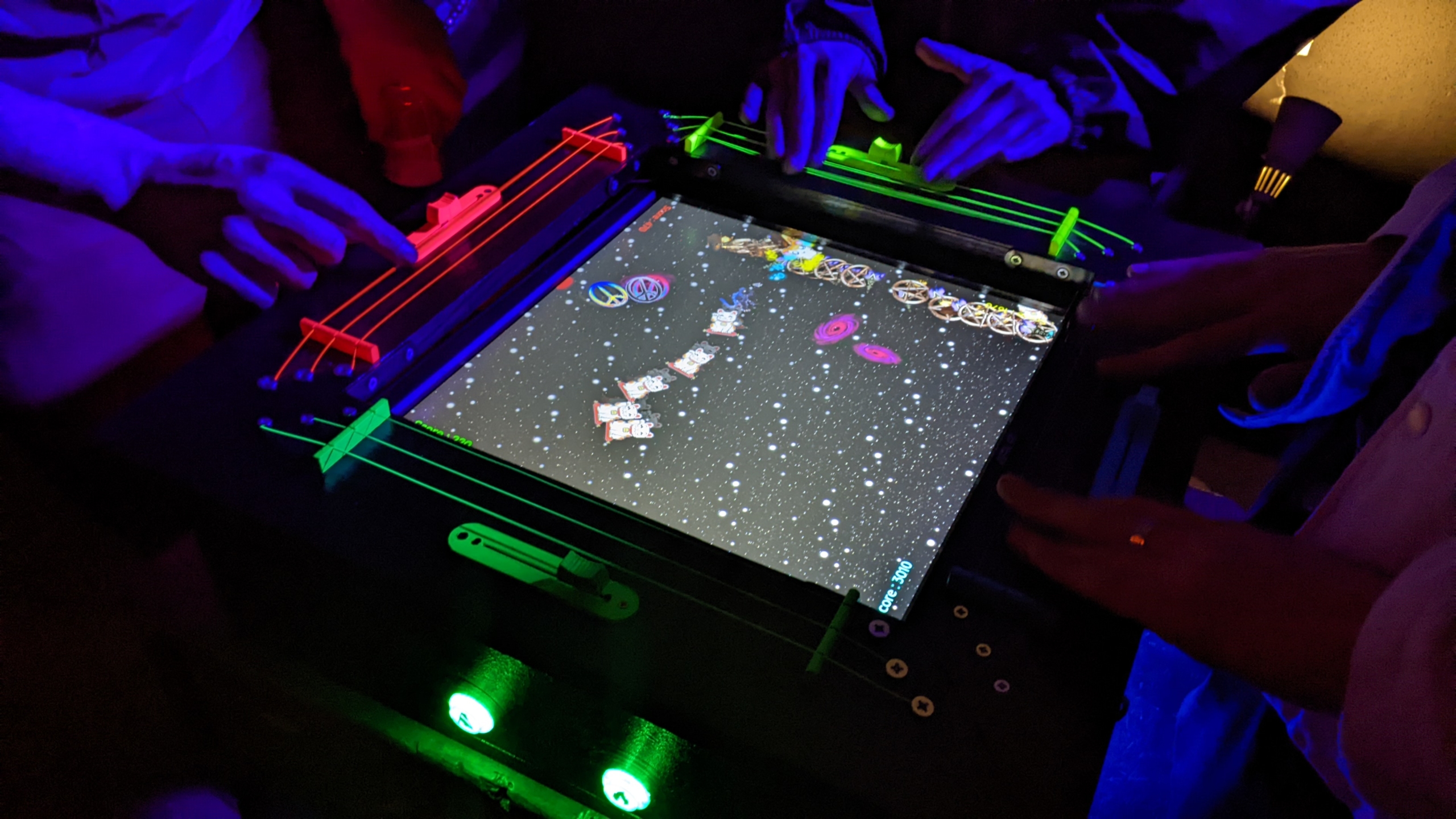 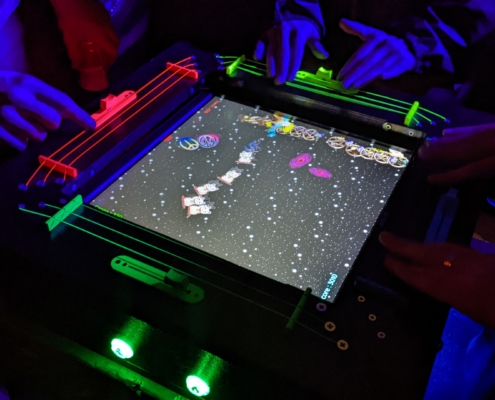 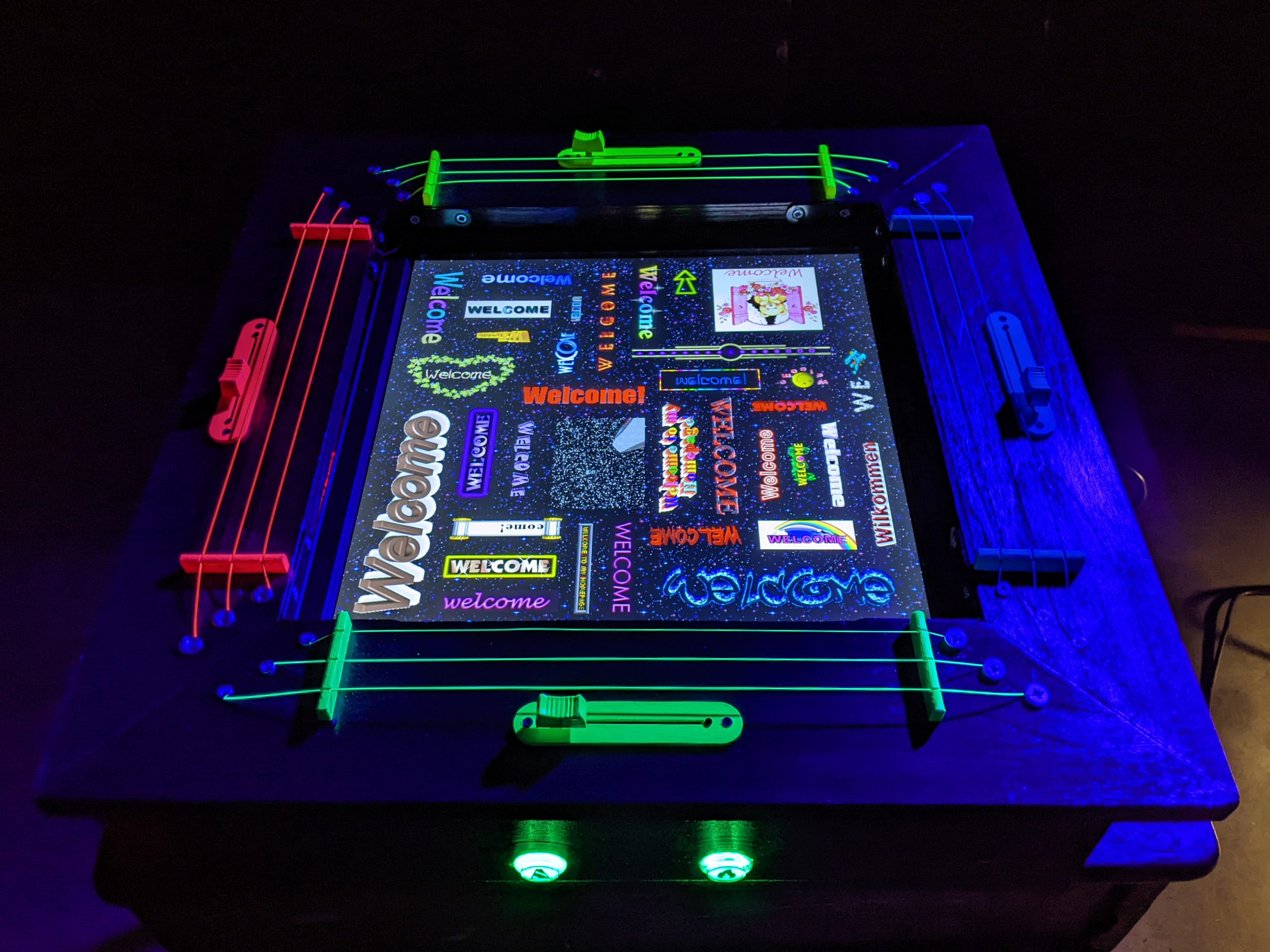 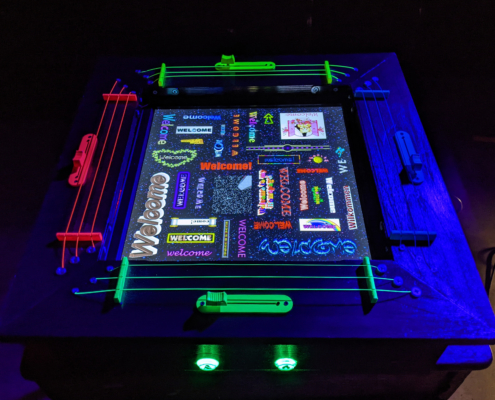